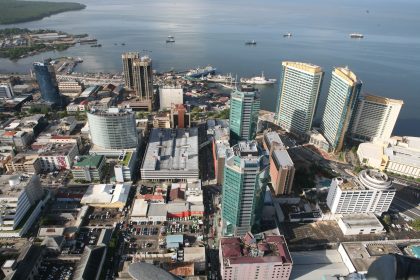 Many of us traverse Port of Spain almost every day for work and leisure. But how much do you really know about the Capital City?

Here are 12 little known facts about the Capital City of Trinidad and Tobago.

1. The city’s hub of activities were once made up of George, Nelson and Duncan Streets as all the main government buildings, market, jail and post office were located there

2. Swampy land and the waterfront began west of Frederick Street and Independence Square south which is now reclaimed land

5. The area to the end of Sackville and London streets bordering Wrightson Road was known as Corbeaux Town (Cobo). Most of the town’s fishing shops were located there so the birds flocked to that area

6. The St. Ann’s River aka the East dry river ran all the way through Woodford Square until it was diverted to its present course

7. Laventille was once a quarrying site, limestone from there was used to build both the Trinity Cathedral and Cathedral of Immaculate Conception, Royal Jail, President’s House and Churchill Roosevelt Highway to name a few

8. Port of Spain’s longest Street is Duke Street and shortest is Harvey Street

9. The NALIS Building (National Library) is in the shape of a cruise ship

10. Woodbrook was once a large sugar estate and owes some of its street names to the children of the Siegert Family

11. 1808 marked the year of the Great Port of Spain fire. A few other fires scared the city until stone replaced wood in building construction

12. The Queen’s Park Savannah once a sugar plantation is the largest roundabout in the world.

How many of these 12 facts did you know? Share with a friend and test their knowledge!

Road Trip TT is an Adventure, Outdoor and Travel Tour Operator based in Trinidad and Tobago. We started over 7 years ago with the goal to promote T&T’s adventure, eco and cultural tourism attractions to domestic, regional and international audiences. Our tagline, “Going Places”, embodies our mission to take persons with a love for the outdoors and a thirst for adventure on exciting, memorable journeys, to discover the beauty of nature and experience the world around us. |